Girls Just Wanna Have Fun, right? Er… hang on a minute - where have all the strong girls gone?

Let’s face it, we all need a hero. Whether you’re the girl being cornered at school, or the girl going home to a less-than-perfect family, or sod it, just having to get through, it’s nice to have someone to show you how it’s done. Yet if you asked a reader to name their top five YA girl protagonists, I’d bet anything that they’d all be from fantasy or sci-fi books – girls placed in extraordinary situations, rather than extraordinary girls. There’s been a hell of a lot of scrutiny of this in YA books recently, the girl at the top of the hit list being Bella Swan, the insipid, pass-the-bucket ‘heroine’ of the Twilight series. I don’t remember there being any girls like that in books I read as a teenager – and believe me, I wasn’t exactly reading Dostoyevsky.

So where have the true heroines gone? ‘Strong girl’ now seems to go hand in hand with the ability to swing a sword and save the world – in other words, a strong girl equals a superhero. Where are the girls who simply live, without needing to be the centre of a love triangle in order to feel valued? Where are the girls who can’t change the world, or don’t want to; the girls who don’t do anything extraordinary other than be themselves? They are out there, though, these girls, and instead of ranting on for an entire blog (which wouldn’t be difficult), I thought I’d list some of my personal favourite contemporary kickass YA girls. 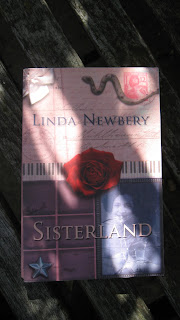 1 Hilly – Sisterland, by Linda Newbery. It’s rare to read about this kind of girl. She isn’t popular, but she isn’t unpopular either. She does her homework, cares about school, loves her family and is equally exasperated by them. She’s not especially feisty, but she knows what she wants, and she deals with what she can when it comes along. When her home dynamic is unsettled by the arrival of her Alzheimer-suffering gran, Hilly changes. She discovers that people aren’t everything they seem, but that what they are is largely out of her control. It’s watching Hilly allowing her world to change around her whilst making sure she’s still firmly part of it, that makes her fantastic.

“I keep thinking about my map of the world – how it’s changed, and still changing. It’s bigger and it’s smaller than it used to be.” 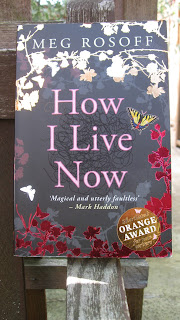 2 Daisy – How I Live Now, by Meg Rosoff. Daisy is a bit of a one-off. I know I blogged on Meg Rosoff last week, but Daisy herself is absolutely worth a monition here. She’s full of weakness. She’s stroppy, mouthy, is filled with self-doubt, and has no idea how to fit in with people. But she’s also brave, in the way only teenagers really can be – she has a way of leaping into things other people would talk themselves out of. As war breaks out, Daisy doesn’t have any thoughts of saving the world – she barely stops to think about who they’re at war with – all she does is the best that she can, and when she needs to, she settles with what she’s got.


“…I was coming round to the belief that whether you liked it or not, Things Happen and once they start happening you pretty much just have to hold on for dear life and see where they drop you when they stop.” 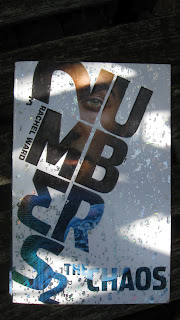 3 Jem – Numbers, by Rachel Ward. First off, I will say that this book is AMAZING. I love it, and Jem is far and away one of my favourite ever characters. She’s just awesome. On the surface, this is a fantasy book – the premise is that Jem can see the date on which people will die in their eyes. But I’ve included it here because Jem doesn’t rise to the plot – she’s entrained by it. Jem is unbelievably strong. She’s street-smart, people-smart. She’s spent her whole life keeping herself to herself, which means you can’t look away when she finally decides to let someone in. Jem perfectly encapsulates that feeling of teenage isolation, and she’s just fantastic. (Apologies for the photo - this is actually book 2, because I can't stop lending people the first one...)


“Made me feel lonely, seeing a snapshot of other people’s lives. They were warm, secure, there were cooking smells wafting out, soon be dinner time, they had people, they belonged. I made myself move on – no good thinking what other people had…” 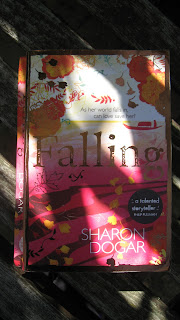 4 Neesha – Falling, by Sharon Dogar. Neesha has a complicated life – she’s mute, for a start, and her family are anything but supportive. She’s often left to the hand of superstition and tradition, with her mother busy arranging a husband for her ‘odd’ daughter. Neesh feels helpless, but she is a quiet fighter; she wants something good for herself. As Neesh tries to get what she feels she needs, she is aware of the consequences of her actions on her family and friends, and spends a lot of timing weighing up her options – she’s considerate and generous in the face of undeniable adversity, which is what I love about her.


“Suddenly it doesn’t feel funny any more. It feels dangerous, like the sun suddenly dropping out of the sky. Like a light going out. Like when Dad left and everything changed, and my voice fell out of my body because it had nothing left to say any more.”

5 Caro – This Is Not Forgiveness, by Celia Rees. This Is Not Forgiveness is a recent release, and it brings the teenage girl protagonist to the forefront with some serious power. Caro is calculating. She’s striking, she knows it, and she isn’t afraid to go after whatever she wants. Like a lot of teenagers, she feels like it’s up to her to tackle the world’s problems, but unlike a lot of fictional teenagers, she has to act within the constraints of her life. In other words – as much as she might want to change the world, and as tough and fierce as she is, she’s a kid, and that proves to be her biggest battle.


“He rakes a hand through his dirty blond hair. It won’t be long before he checks himself in the mirror. There he goes, quick look to see that his hair’s OK. Boys like him are obsessed with themselves. More than girls. Narcissism repels me. He goes on my list.”


I’m sure there must be loads out there that aren’t on this list – who are your favourites?
Posted by Jo Wyton at 6:56 pm