Dystopia is all around us: The new generation of dystopian fiction

Dystopian fiction has been a dominant force in publishing for a long time now, most recently hitting big with The Hunger Games. Series like that one have paved the way for huge numbers of popular books with dystopian themes: Moira Young’s Blood Red Road and Teri Terry’s Slated to name but two.

Recently I read In Darkness, by Nick Lake. In Darkness is set in a world ravaged by political unrest and ruled by famine and poverty, where children eat cakes made of mud and water to stave off their hunger, babies are routinely abandoned in rubbish heaps because they’re one mouth too many and young children are swept up into gangs, learning how to handle a gun before they’ve hit their teenage years. 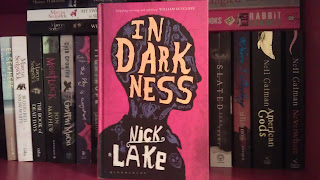 This is a book that has all of the elements that have made dystopian fiction so popular: a world like ours but with some differences, a cast of well-drawn characters, changing allegiances, misplaced trust, a world full of terror and threats and no way for the main character to understand it all, let alone escape it.

In Darkness is set in the aftermath of the 2010 earthquake in Haiti.


There is no need here for the building of imaginary worlds. There is no need for the author to construct false threat or terror, and the fear the main character feels is all too real.


And yet, to me, it reads like dystopian fiction, perhaps because the world inside this book is so different from the one in which I find myself on a day-to-day basis. I know about, but am not familiar with, a world of starving and abandoned children, where to be twelve years old is to be a man or a woman, and help isn’t a word often used.

It’s a dark, disturbing, brilliant book, and one I struggled to read. The knowledge that the world Lake describes is not just real, but now, is horrifying. After all, reading a book doesn’t involve finding out about a world, it involves experiencing it: what is contained between the covers becomes unavoidable in a way that hearing items on the news or reading about the facts in newspapers isn't.

It reminded me of another book I read recently: Room, by Emma Donoghue. I say read – I didn’t get very far. I found it too dark, but like In Darkness, it is written with a subtleness that betrays its reality. For me, though, the knowledge that Room was set in the here and now proved too much in this case.

(For those who don’t know Room, it’s a book about a Ma and her five year-old son Jack, who live in one room, visited only by Old Nick, the man who abducted and continually abuses Ma, and what happens when Jack finds out that there is a world outside his four walls.) These are books that remind you of stories you hear in the news every now and then, those that make you cry for what people are capable of.

To me, the here and now seems a new, more terrifying dystopia. It’s a scary, scary world out there at the moment, and these books serve as a reminder that everything we find disturbing about dystopian fiction is far more gentle and fightable than the real world.


I'm sure adult readers as well as teenage ones would find In Darkness an enthralling and gutsy book, even if the effect of it is somewhat sobering.


Note: Just before posting, I found this review of In Darkness written by Patrick Ness. It's worth a read.
Posted by Jo Wyton at 10:07 pm