Concept in fiction has always been the Thing To Do, and recent children's book offerings are no different.

Boy finds out he's a wizard.
Young girl finds out she can read characters out of books.
Girl meets vampire.
Girl then meets werewolf.
Girl battles against other vampires with help of her vampire and werewolves, enters into an abusive relationship and nearly sacrifices herself in the process.

You get the idea. 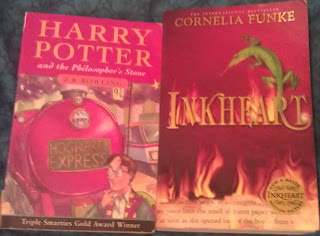 Apologies - I seem to have burned every copy of Twilight in my house... Weird.

But these are all fantasy books (apologies to anyone still waiting for their letter from Hogwarts), and so a high-concept idea is both expected and necessary, and part of enjoying a good fantasy is that you accept the concept for what it is and read on. These stories demand a concept.

What is somewhat disturbing is the recent proliferation of high-concept in realistic fiction. I recently read a book I had been looking forward to for ages, only to find that it had obviously been published and sold based on its concept alone - a combination of the writing and editing made the book unreadable. Great concept, terrible book. I won't name names here, but in my mind, countless recent books fall into this category. Sometimes the concept has failed by page ten, sometimes it's only when you get to the halfway point that it starts to flag. 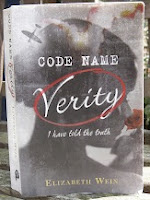 Forcing a high concept idea onto a good story has got to be the easiest way to ruin it. Don't get me wrong - a good concept can take a story from alright to fantastic in zero to sixty. Take Code Name Verity by Elizabeth Wein, for example. Concept: girl has agreed to write down everything she knows about the British Intelligence effort after being captured in Nazi-occupied France. The majority of the book is written from her perspective as she is handed piece of paper after piece of paper to write it down on. Difficult to pull off, perhaps, but in this case it's handled with incredible skill, and personally I didn't question it once. Recent successes in publishing for adults Room by Emma Donoghue (mother and son who live their lives within the confines of a locked room) and Before I Go To Sleep by S.J. Watson (woman whose memory resets every time she falls asleep) are other good examples.

The trouble comes when a high concept isn't necessary. If it isn't necessary, then all it does is force a story to behave. It locks everything within tramlines, cutting off any ability to wander, explore and, ultimately, amaze. You know where the book is going, because there is only one place it could ever go - the other end of the line. No disruptions, no surprises. Concepts are only good when they allow a story to be told that couldn't be otherwise. Code Name Verity wouldn't work if the reader was allowed to see everything - it only works if we are forced to look through the window provided to us by the concept. Same goes for Room and Before I Go To Sleep.

So what's wrong with a straightforwardly-told story, if that's all the story needs? Why does everything need to have its concept? It might sell one book, but it won't have people coming back for books two, three and four. I'm not sure if the trend is one carried by writers or publishers, but the best books I've read in the last couple of years have been low-tech - no high concept, no story being forced to stay within the tramlines.

Stories should allow the reader to explore - how can they do that if they aren't exploring anything themselves?